I hope all of our members enjoyed a great Holiday season. I wanted to start the year with a brief update on where we are as a BMW CCA Chapter for 2020.

In November BMW CCA held a meeting of all the Chapter Presidents and Treasures in Dallas Texas. At this meeting, many items for the future of the club as a whole were discussed that will have a profound effect on Chapter operations for the coming years.

The most monumental change will be the significant loss of chapter revenue paid by National to the chapters. We will lose about 45% of our income from National over last year’s amount. National justifies this by not requiring the chapters to issue quarterly newsletters to our members. Please believe me when I tell you that our newsletters did not cost us anywhere near 45% of our income from National. Instead, you will be receiving twice a year a new regional magazine with content solely supplied by the regional chapters. The name will be Bimmerlife!

This was done because the club BMW CCA has a net loss of over $800,000 in the last year. The largest part of that loss was caused by the club magazine Roundel. Like many other magazines add revenue for the Roundel has plummeted. National has decided to try to offset that loss partly by way of reducing the monthly stipends to the chapters. As a result, your board has been forced to consider how we move forward in the best interest of our members and to give you our members the best experience we can for 2020. Number one on that list starting an Auto Cross program. Presently we are working with the venue and the Porsche club to “piggyback” on their successful events. This is only until we decide if this is a viable option for our members. If we do decide to move forward as Sunshine Bimmers Auto Cross we will have to incur the expense of purchasing our own timing equipment and computer to run our events.  Next, we decided to push the 2019 Holiday Party to January 2020.

You should have seen the posting on our Sunshine Bimmers Facebook page and Websites with details. You will be receiving an email invitation shortly. We decide to do this for two reasons. We wanted to wait until after the November meeting to be aware of just how much of our monthly revenue we were going to lose. (we never even considered that it would be that high) The second reason was that this year there was a very short window to host a party because there were only three weekends between Thanksgiving and Christmas.

That said the board and I will work hard to make 2020 a banner year for our members. I would like to hear from you our members with suggestions on what you would like. You can email me at robertziegler@msn.com with your ideas. I know I speak for your entire Sunshine Board in Wishing you all the best for 2020! Bob Ziegler, Sunshine Bimmers President

In an effort to ensure that our organization is adhering to the requirements as set forth by BMW CCA, our current Board members will be calling some of our membership over the next week regarding their currently selected preference for obtaining the Sunshine Bimmers newsletter. Our goal is to reach 100% paperless distribution within the next year.

It might be a good time to update some of your other information as well.  In advance, thank you for your help to get us paperless!

On behalf of all of us at BMW Car Club of America Sunshine Bimmers Chapter, Inc. We would like to wish you and your families a safe and happy New Year!

We enjoyed so many fun activities in 2017 and closed out the year with our Christmas Party at Fields BMW in Winter Park, where a grand time was had by all and then our Backyard Movie, Thanks to Robin (which was moved inside due to the cold).

We are looking forward to another great year of exciting activities for our area BMW enthusiasts. 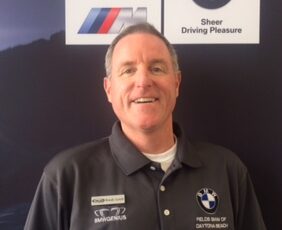 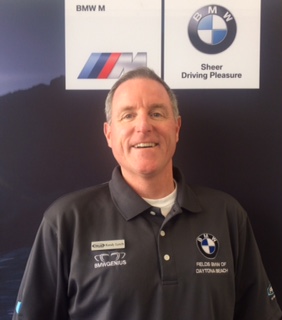 Randy, a California transplant, and former Naval Officer is married to Terri – a 135i Convertible M-Sport owner too. They have two sons, Josh (HVAC Technician for Mastercraft) and Luke (Florida Institute of Technology student).

Randy spent 28 years as a Naval Flight Officer and now teaches at Embry-Riddle Aeronautical University in the College of Aviation, the College of Business, and for the Strategic Studies and International Affairs/Homeland Security Department. He is also a BMW Genius/Product Specialist for Fields of Daytona, but only work there on Sunday’s because of his busy teaching schedule!
Randy’s 1st BMW: 2009 335xi Which he bought in Germany and picked up in Munich when He was stationed in Stuttgart. Currently, he drives a BMW: F80 M3. He has owned four BMW’s over the years.
Randy is a Tire Rack Street Survival Program Instructor and has been to the Performance Center once as a student, and then once with BMW when undergoing Genius training.
He has been a BMWCCA member since 2009 and a Sunshine Bimmers Member since 2013 when he and his family moved to Florida.
Other than BMW’s, Randy likes snow skiing, flying, drones, sailing and running.
His personal Motto: Life is not a game of ‘king of the hill,’ where we are always trying to be first. Instead, it is all about getting up the hill, and then making sure you help others get up there too! Always look for opportunities to give back…everyone is a mentor!
Randy Lynch
Read More
Sun26 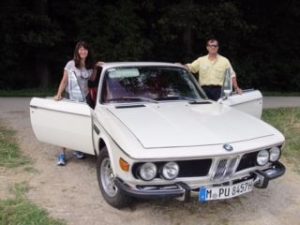 MINI partners with Vhils Studio, Iminente and Underdogs through the MINI VOICES platform. 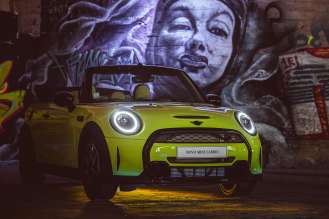 Munich. In several European countries, MINI is supporting authentic entities and start-ups which are tackling today's social challenges with their unusual ideas and demonstrating how a sustainable, socially responsible future can be shaped. The #MINI VOICES platform is created for personalities and initiatives that have the potential to change the world. Their presence on MINI's social media channels gives them the opportunity to provide inspiration worldwide. MINI Portugal’s partnership with Vhils Studio, Iminente and Underdogs has been launched with a film demonstrating perfectly the four entities’ shared values - tolerance; equality; solidarity; inclusion - and their passion for art, culture,… [...]

The MINI Electric as a company car: Biogena takes over the largest MINI Cooper SE fleet. 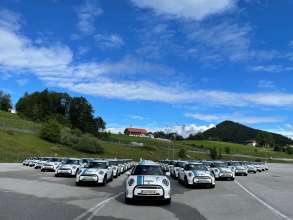 Munich. On Saturday, 17 July 2021, the employees of 361° Health Company Biogena took delivery of their new fully electric MINI Cooper SE (power consumption combined: 17.6 - 15.2 kWh/100 km according to WLTP, 16.9 - 14.9 kWh/ 100 km according to NEDC). The Austrian family-owned company, which is known for the development, production and marketing of premium micronutrient preparations, offers its employees modern and sustainable driving pleasure with up to 135 kW/184 hp. Biogena has been pursuing a sustainable strategy for years, which includes ecological products, reforestation and efficient environmental protection, therefore it fits perfectly with the British premium… [...] 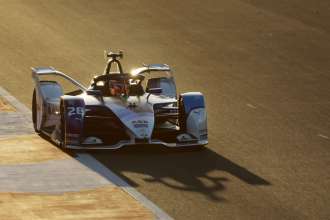 BMW i Andretti Motorsport is set to contest its third season as a works team in the ABB FIA Formula E World Championship, which has achieved official FIA World Championship status for the first time ahead of its seventh season.   BMW i Andretti Motorsport will be competing with BMW iFE.21s. Their core is the BMW i drivetrain Racing eDrive03, which is a result of unprecedented close collaboration between production and motorsport engineers. The technology transfer between motorsport and production development is more intensive in the Formula E project than ever before in the history of BMW.   Maximilian Günther… [...]

The BMW Group at the IAA Mobility 2021 in Munich. 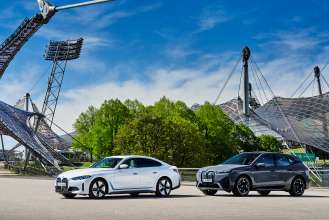 Driving pleasure in a variety of forms, innovations designed to increase sustainability across the board and visions for the urban mobility of tomorrow form the core of the BMW Group’s presence at the IAA Mobility 2021 show. A presentation of the latest new models and pioneering technological innovations gives visitors to the event – which is taking place for the first time in the company’s home city of Munich on 7–12 September 2021 – an overview of premium mobility in its present-day and future forms. At an array of locations around the Bavarian capital, the BMW Group – the largest exhibitor at… [...]