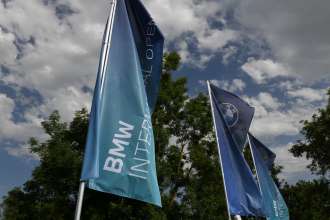 Munich. BMW is providing a host of services for all media to support their coverage during the BMW International Open (22nd to 27th June, Golfclub München Eichenried).   Online press conferences. There will be four online press conferences with top players on Tuesday and Wednesday. You have the opportunity to pose questions, including in German to the German players. The following has already been scheduled:   Sergio Garcia. Tuesday June 22, 2021. 14.30 local time (CEST or BST+1).   Join Zoom Meeting https://europeantour.zoom.us/j/99323392367?pwd=YXRsQzRjZE5qQTBvc1V0SUNWREExZz09 Meeting ID: 993 2339 2367 Passcode: 664830 Please ensure that you have Zoom downloaded to your desktop… [...] 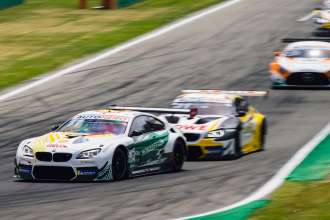 DTM: Top-five finishes for the BMW M6 GT3 at Monza season-opener.   The Royal Park in Monza (ITA) hosted last weekend’s opening round of the new GT3 DTM. Among those lining up in the realigned championship were the Walkenhorst Motorsport and ROWE Racing teams with their BMW M6 GT3. Saturday was a tough day, with only Marco Wittmann (GER) making it into the top ten in ninth place in the #11 Walkenhorst Motorsport car. Sheldon van der Linde (RSA) and Timo Glock (GER), both driving for ROWE Racing, finished 12th and 17th.   The tide turned for the BMW teams… [...]

Both BMW i Andretti Motorsport drivers finish in the points at Sunday’s race in Mexico. 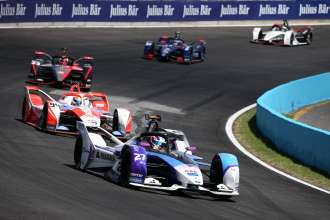 Puebla. BMW i Andretti Motorsport has rounded off the race weekend in Puebla (MEX) by getting both BMW iFE.21s into the points for the first time this season. Jake Dennis (GBR) finished fifth in the ninth race of the season in the ABB FIA Formula E World Championship to repeat his result from the previous day. Maximilian Günther (GER) finished seventh and also scored important points for the overall standings. Dennis also chalked up another point for being the fastest driver in qualifying.   Dennis dominated qualifying, recording the best time by some margin, but then had problems with tyre… [...] 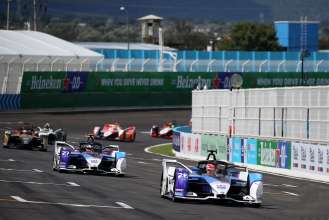 Puebla. BMW i Andretti Motorsport produced good pace to start the second half of the season in the eighth race of the ABB FIA Formula E Championship, but was not rewarded with a podium finish. Jake Dennis (GBR) finished fifth in the #27 BMW iFE.21 to score ten points in the overall standings. Like Dennis, Maximilian Günther (GER) was in the top three for some time, even leading the race for a while. However, he struggled with energy problems in the final laps and crossed the finish line in twelfth position.   For the first time this season, both BMW… [...]