Edgar Lee will be 49 years old this month and was born in San Juan, Puerto Rico. He is married and has two daughters, two dogs, and a rabbit. Edgar is a Service Programs Marketing Specialist at Siemens Energy. He has been a Sunshine Bimmers member since 2018.

When asked which was his first BMW, Edgar gave us a nice story: “Trick answer, in a manner of speaking–the BMW that gave me the bug is actually one I never got to drive (I wasn’t old enough…), and that was a 1972 Fjordblau E3 Bavaria (3.0 L with dual Weber carbs that I can still hear in my mind) that my parents bought in 1976, and sold as a “ran when parked” car in 1985. Then truly got bit by a 1987 E30 325i that I spent a good portion of the summer of 1989 driving, followed 8 years later by a test drive of a 1988 E28 M5 that a close friend was restoring to her original beauty and ran like a bat out of hell even though it had a bad 3rd gear synchronizer.”

Edgar currently owns a 2001 E46 330Ci Convertible and a 2009 E70 X5 3.0. Some of his hobbies other than wrenching on his cars include camping with the family and cooking which he enjoys. His personal motto: “Never memorize something you can look up.”- Albert Einstein

Email us at sunshinebimmers@gmail.com and we will contact you with further details.

RSS Error: A feed could not be found at http://www.bmwblog.com/. A feed with an invalid mime type may fall victim to this error, or SimplePie was unable to auto-discover it.. Use force_feed() if you are certain this URL is a real feed. 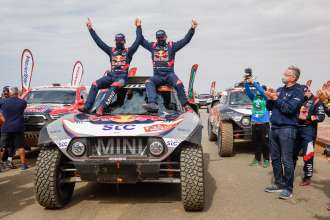 Munich. Title successfully defended. The MINI John Cooper Works Buggy has won the Rally Dakar for the second time in a row following the 2020 win . This time it was record winner Stéphane Peterhansel (FRA) and his co-driver Edouard Boulanger (FRA) who topped the podium after twelve stages through the Saudi Arabian desert. It was Peterhansel’s 14th overall win at the Dakar, and his third for MINI following his wins in 2012 and 2013. MINI now has a total of six overall wins of the famous endurance rally to its name. Carlos Sainz (ESP) and his co-driver Victor Cruz… [...]

Interview with Pieter Nota, Member of the Board of Management of BMW AG, Customer, Brands, Sales, about realigning sales and marketing to create industry’s best customer experience 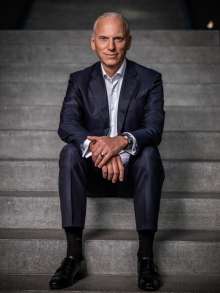 Mr Nota, 2020 can’t have been an easy year for your sales and marketing team. How big of a challenge was the coronavirus pandemic? I would certainly agree with that. Last year was marked by huge uncertainty, big differences between markets around the globe and the fact that demand and production were more or less shut down in parallel for several weeks for the first time in history. We responded to the coronavirus pandemic with a lot of agility in our sales management and production, and by adapting our sales channels quickly and systematically. Thanks to this, and despite the… [...] 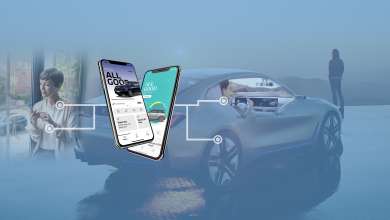 Digital aftersales upgrades will drive highly profitable optional equipment business Performance marketing for personalised, targeted customer approach Customers to receive individual tailored offerings, with all products and services from single source Retail partners play crucial role at point of sale and in providing service   Munich. After achieving an all-time sales high in the fourth quarter of 2020, the BMW Group is optimistic about the current year. The company is realigning its Sales and Marketing division in close collaboration with its retail partners – with the aim of offering the industry's best premium customer experience.   “We are optimistic about… [...] 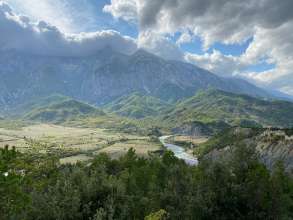 Munich.  "Explore the unexpected" is the motto of the eighth edition of the BMW Motorrad International GS Trophy, which will take place in late summer 2022. On 14 January at 3:30 pm (CET) BMW Motorrad announced that the next Int. GS Trophy will take place in Albania - and thus in one of the last still largely untouched off-road paradises in Europe. The participating nations look forward to exciting but also work-intensive times as they organise the qualifying events and select their teams for this unique adventure competition. 22 international teams and, for the first time, 6 international women's teams… [...]