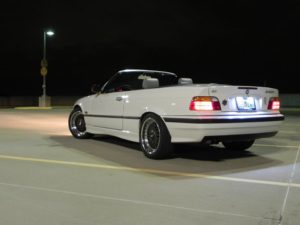 Jake Dennis celebrates second win of the season for BMW i Andretti Motorsport in London. 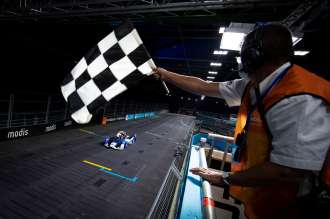 London. After a tactically astute and commanding driving performance in his home race in London (GBR), Jake Dennis (GBR) has celebrated his second win in the ABB FIA Formula E World Championship for BMW i Andretti Motorsport. The British driver started the London E-Prix from second on the grid in the #27 BMW iFE.21. He moved ahead in the opening third of the race, pulled away from his rivals before using the second attack mode and never looked likely to surrender the lead. Having already tasted victory at Valencia (ESP), this is the second time that Dennis has topped the… [...] 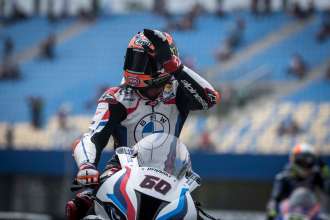 Assen. BMW Motorrad Motorsport gave a strong performance in Saturday’s race at Assen (NED) to confirm the upward trend in the FIM Superbike World Championship, but a serious accident for Jonas Folger (GER) overshadowed the good results. Running in seventh place, the rider from the BMW satellite team Bonovo MGM Racing crashed out just before the finish. After initial examinations in the Medical Centre, Folger was transferred to hospital for further checks as a precautionary measure, which he was able to leave again in the meantime. Michael van der Mark (NED) from the BMW Motorrad WorldSBK Team was fourth in… [...] 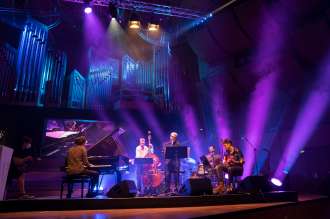 Munich. At the final concert of the BMW Welt Jazz Award 2020 held on Friday evening, the Peter Gall Quintet won over the award’s renowned jury. Together with saxophonist Wanja Slavin, Dutch guitarist Reinier Baas, pianist Reiner Böhm and up-and-coming bassist Felix Henkelhausen, drummer Peter Gall prevailed against the dam Bałdych Quartet. Ilka Horstmeier, Member of the Board of Management of BMW AG, presented the prize together with Anton Biebl, Head of the Department of Cultural Affairs of the state capital Munich. Following the theme “The Melody at Night”, the concerts of the BMW Welt Jazz Award 2020 were presented… [...] 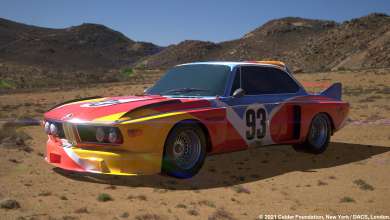 Munich. To celebrate 50 years of cultural commitment, BMW is joining forces with Acute Art to initiate a unique exhibition: For the first time ever the renowned BMW Art Car Collection is shown in augmented reality (AR). On July 21, the project is launched via the free Acute Art app, marking the first time that the digital rolling sculptures are available for everyone all around the world at any time. Initiated by French race car driver and art aficionado Hervé Poulain and conceived in collaboration with the founder of BMW Motorsport Jochen Neerpasch, the first BMW Art Car was commissioned… [...]